The act of disregard for human dignity in France 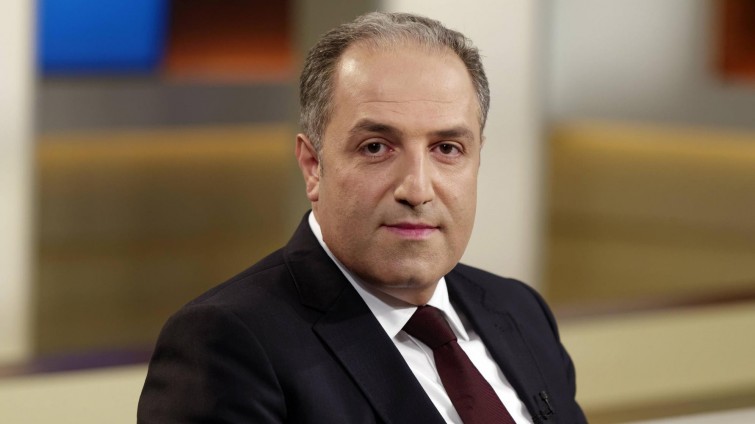 Mustafa Yeneroglu, the chair of the Committee on Human Rights Inquiry of the Grand National Assembly of Turkey, heavily criticised burkini ban, which was applied in several towns across coasts citing concerns about laicite and terrorist killings in the country. Yeneroglu, defines the acts of armed French police force who made Muslim women remove their burkini as an act that violated human dignity, and further stated “I invite France to confront this degrading ban and liable political agents to promote relevant discourses in the political arena.” In his statement, Yeneroglu noted:

“In several towns across the coast of France, the burkini of Muslim women were banned despite the act violating human dignity and law as citing concerns about laicite and recent terrorist killings. The developments encountered during the last weeks at the coasts of touristic city Nice, made burkini discussions, which are appealed, regretfully uglier. Moreover, the humiliation of Muslim women who wear headscarves in public by armed police force in France, at the centre of human rights discourse, is extremely appalling. The images of police forcing to remove the burkini of a Muslim woman are just other images that have been added to the history of violated human rights and dignity and had on humanity’s conscience in world public opinion.

In addition, the presentation of this treatment, which is disregarding of human dignity, in the cover of counter terrorism is the biggest insult to Islam and its believers. Women, who choose to dress in accordance to their belief, are treated as terrorist on an extremely ugly, crooked and foul assumption. To build this assumption on a legal basis is further alarming. This aforesaid treatment is alienating Muslim community and what is worse is that it serves radical groups. It should not be forgotten that foul terror centres regard these incidents as an excuse to attack. The treatment that is degrading and penalising women based on their clothing should end immediately.

On the other hand non-governmental organizations in France have an exclusive role so as to develop a social sensitivity to the aforementioned ban. In this context French NGO’s should help to find a solution to this degrading problem by starting struggle in the legal and political area. However, we unfortunately witness that some politicians and press consider these organizations that have undertaken this duty as representatives of radical groups. Within this scope, the attempt to oppress Collectif Contre l’İslamophobie en France, which is the leader of this legal struggle, by spreading unfounded news, is unacceptable. I condemn this attempt to derogate a platform, which struggle legally concerning women rights and freedoms.

It is essential to put an end to the negligence on this unreasonable application that has been continuing for the last month. I invite France to confront this degrading ban built under the guise of counter terrorism and laicite; and political actors to form a relevant discourse in the political arena.”