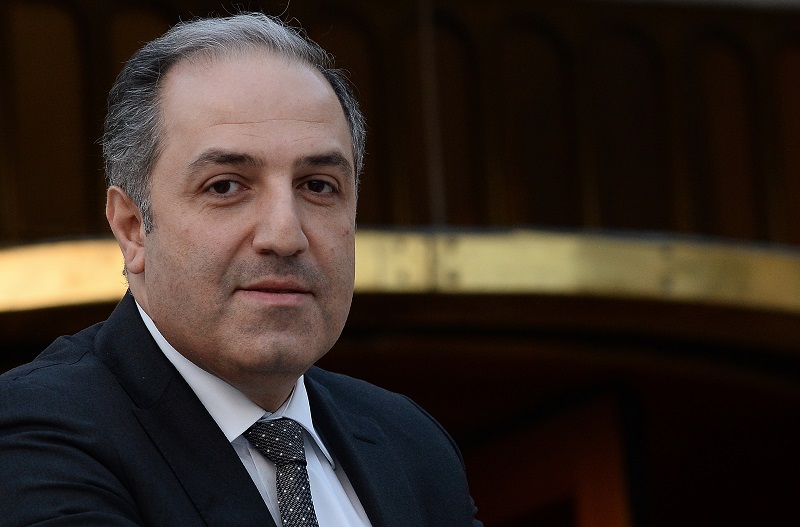 Mustafa Yeneroğlu, Member of Turkish Parliament, has issued a press release concerning 18th December International Migrants Day. Yeneroğlu stated: ‘‘Today, there are more than 65 million people worldwide who migrate due to severe risks of violence, poverty and conflict. Many countries lecturing the world on human rights failed to assume responsibility during this crisis. The Netherlands, being one of the world’s most prosperous countries, has opened its doors to only one percent of the refugees that Turkey has accepted. France, on the other hand, has welcomed 0,5 percent, while England accommodates only 0,3 percent of those refugees living in Turkey. Moreover, these refugees face racist attacks on a daily basis.’’ Yeneroğlu added:

‘‘In order to create awareness on the issues of migrants and forcibly displaced persons, the United Nations has declared in the year 2000 the 18th December as ‘International Migrants Day’. As we look at the international migration movements, we can observe that nearly 250 million people live as migrants in a foreign country. In 1990, there were about 150 million migrants worldwide. Comparing the figures of the 90s with those of today, it becomes clear that the increase in the last quarter-century is enormous.

Millions of people fleeing wars, oppression and poverty surpass seas, mountains and deserts in order to have a life in human dignity. Today, with the support of the European Union, ten thousands of people are being unlawfully detained, exploited and tortured in Libya. Thousands are being sold as slaves. Unfortunately, every single day we are witnessing tragedies of numerous people that are forced to leave their home countries and thereby try to cross the Mediterranean Sea with the hope of having a safer life. Only during this year, more than three thousand refugees have lost their lives in the Mediterranean. Between January 2000 and June 2017 more than 33 thousand refugees could not complete their Journey of Hope. For the sake of preventing these tragedies, the reasons for migration have to be globally examined and a proper system containing secure and legal ways for refugees has to be established. Besides, completing the risky Mediterranean journey does not end the tragedy these people are living. Many refugees, the majority being of Syrian origin, that reach Europe face racist attacks in their host countries. In Germany, the target country of many refugees, migrants are exposed to three assaults a day. The rise of the far-right and racist discourse in Europe is not only a threat to the life of migrants, but also to the democratic order and multicultural life in Western Europe. Many countries lecturing the world on human rights failed to assume responsibility during this crisis. The Netherlands, being one of the world’s most prosperous countries, has opened its doors to only one percent of the refugees that Turkey has accepted. France, on the other hand, has welcomed 0,5 percent, while England accommodates only 0,3 percent of those refugees living in Turkey.

On the other side, due to political instability in our close neighbourhood, a huge migration flow has taken place notably from Syria, but also from other adjacent countries, to Turkey. Thus, ‘migration’ is the leading topic of Turkey’s public opinion. We have assumed great responsibility by hosting 5 million migrants and refugees of which are 3,3 million of Syrian origin. By establishing a Directorate General of Migration Management, the AK Parti government has initiated a new process. During this period, the Law on Foreigners and International Protection and the International Labour Law entered into force. Furthermore, AFAD’s (Republic of Turkey Prime Ministry Disaster and Emergency Management Presidency) support to refugees by creating refugee centres, the Ministry of Education’s effort to give the right to education to more than 600.000 Syrian children, the Ministry of Family and Social Policies’ psychosocial support to migrant women, children and disabled persons are just a few examples to be named. There is no doubt that in the mid- and long-term we still have a long way to go. Especially the support and opportunities concerning the participation of refugees in the education and work life must be enhanced, since this would constitute a crucial contribution to Turkey’s richness.

On this meaningful day, I wish to commemorate all migrants that have left their home country due to diverse reasons and hope that the awareness on the phenomenon of migration will rise worldwide.”