Smear Campaign against Turkey has reached its climax 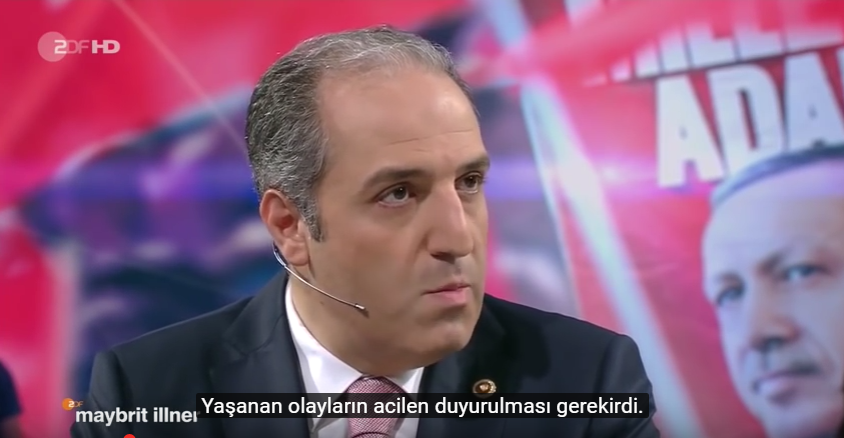 Mustafa Yeneroğlu, Member of the Grand National Assembly of Turkey and Chairman of the Parliament’s Human Rights Inquiry Committee, released a statement regarding the Western media coverage of the events following the July 15 coup attempt in Turkey. Yeneroğlu said that “the anti-Turkish campaign that is carried out by some groups in Europe has reached its climax now. The campaigns in question are unreasonable, mostly hostile and even vindictive“. He further expressed his concerns on the issue as follows:

“The debate on the operability of Turkey’s democracy among the opinion leaders in the Western media after the prevented coup attempt, has forced the current tense relation between Turkey and Europe to a new crisis. The foremost issue that we should be focusing on at this moment is the media actors’ own understandings of democracy.

It is clear that the method in which the incidents following the coup attempt in Turkey is reflected, is unreasonable, mostly hostile and even vindictive. While the main focus should have been on the coup attempt itself, this has been degraded to a smear campaign against Turkey and the President Recep Tayyip Erdoğan. It is astounding that the nation’s fight against the coup and their struggle for democracy has been kept quiet from the public.

One example that can be given is the comparison made by the German public of the events in Turkey with North Korea’s totalitarian regime and the Nazi murders. The humiliation of the solidarity with Turkey and – as in the case of Austria – even making threats to take legal actions against residence permits, along with the exclusion of people of Turkish origin due to their opinions are just some of the issues that are pushing the current crisis to dangerous levels. Imposing both the content and the language of their sermons on religious communities or forcing them to take an open stand on the coup attempt has indeed been the last straw. This anti-democratic behaviour obviously goes against the freedom of expression.

Turning a blind eye to all the events that have been happening recently is unacceptable. However, the opinions and views that have become downright insulting and abusive have come to a level where they can no longer be taken seriously.

Although most of Western media prefer to play the three monkeys, Turkey’s people have protected their democracy by standing united – regardless of their political, ideological or ethnic differences. And they will continue to celebrate their victory.”