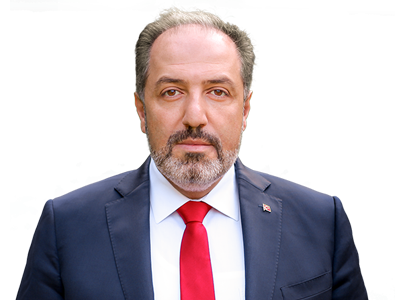 I am pleased that this topic of utmost importance is being attentively discussed at this pan-European platform. I firmly believe that our debate would pave the way for an enhanced awareness regarding prevention of hate speech by political leaders.

Even though Article 10 of the European Convention on Human Rights guarantees the fact that everyone has the right to freedom of expression, it is clear that this cannot be abused by nationalist and xenophobic movements. Besides, this right cannot be claimed by politicians to justify hate speech and intolerance towards a person or a group of persons. Nowadays, it is very obvious that hate speech provokes radicalization, discrimination and stigmatization. Extremists, for instance, justify their actions on the basis of speeches of far-right or racist political leaders. As a consequence, various forms of hatred based on Islamophobia, Anti-Semitism and racial hatred are on the rise.

A recent example is the loss of 50 innocent lives in the terrorist attack in New Zealand. While most of the world leaders rightfully condemn the attack, there are also voices heard shamelessly blaming Muslims and immigrants in large scale. Hours after the shootings in Christchurch, an Australian senator, namely Fraser Anning, released a statement blaming the increasing Muslim presence for what had happened. Unfortunately, this example demonstrates that hate speech has become an essential part of the political discourse around the globe. Condemnations are usually ineffective and insufficient unless they are followed by determined actions. Politicians have certain obligations to abstain from using hate speech and discriminatory language.

Sadly, we observe that the rapidly changing political climate in Europe is getting day by day more convenient for right-wing extremists. If we keep on turning a blind eye to racist discourse, also under the roof of European international organizations including PACE, I am firmly convinced that we will put at risk the peace and unity of our continent.

I want to express my gratitude to the rapporteur for enabling us to discuss this crucial issue. I also thank Mr Goran Beus Richembergh since his report is also rewarding and emphasising important issues like hatred and intolerance in today’s Europe and the world of sport.