Mustafa Yeneroğlu: Anti-Turkish attitudes in Europe are due to Turkey demanding equal footing in relations 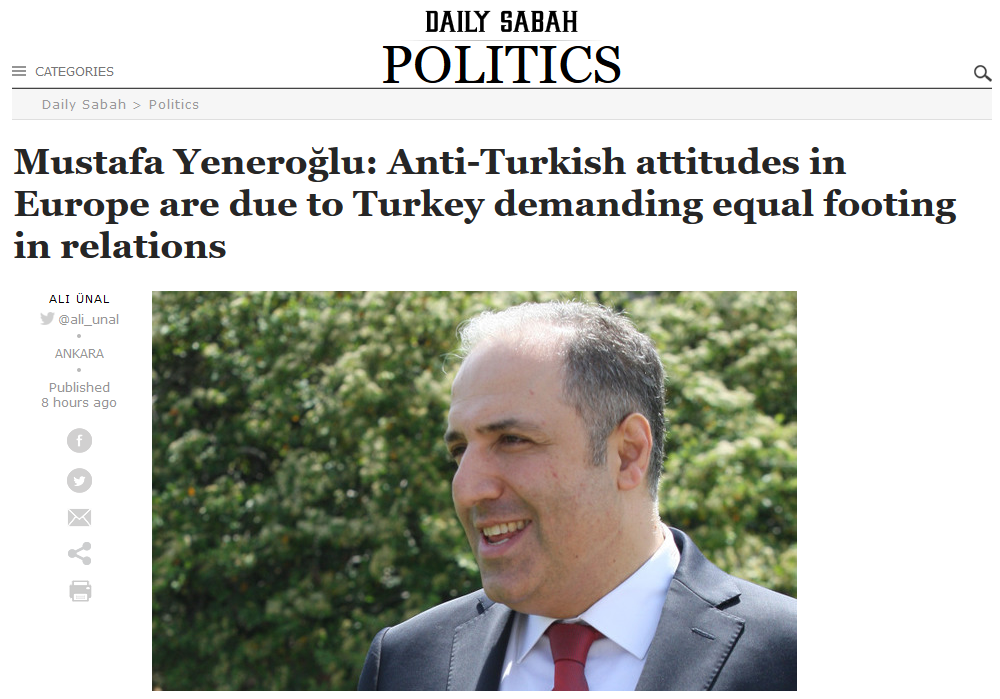 Chairman Yeneroğlu of Parliament’s Human Rights Investigations Committee said anti-Turkish attitudes in Europe, which have overlapped with the rise of far-right politics, are due to Turkey demanding equal footing in relations with Europe

As the German Bundestag approved last week the draft legislation which defines the 1915 incidents as “genocide,” relations between Turkey and Germany continue to be tense. Daily Sabah spoke with Mustafa Yeneroğlu, the chairman of parliament’s Human Rights Investigation Committee, who has resided in Germany for a lengthy period of time and follows German politics closely. Talking about the timing of the draft and the future of Turkish-German relations, Yeneroğlu stated that anti-Turkish postures continue to be the bread and butter of far-right and racist parties in Europe. Yeneroğlu also noted that there are serious and legitimate concerns for the well-being of the Turkish community in Germany, as the draft may exacerbate social marginalization and pave the way for assaults against Turks. Expressing that the rise of far-right politics in Europe is a threat against existent liberal social order in Europe, Yeneroğlu claimed that the basis of anti-Turkish postures is Turkey’s demand for an equal footing in relations with Europe.

DS: In your opinion, why did this draft was put in action now in the German Bundestag? What is your take on the timing?