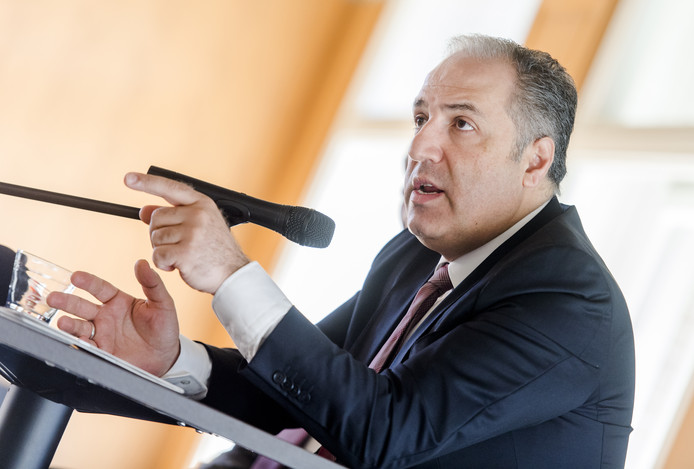 I would like to talk about an alarming development in Austria. As Turkey, we regret the decision announced by Austrian Chancellor that our religious officials who are sent by our country to serve under the Turkish Islamic Union in Austria (ATIB) will not be granted residence permits and that seven mosques, including one that belongs to the Turkish community, will be closed.

The closure of mosques and the deportation of religious officials due to trivial excuses is a consequence of the Islamophobic, racist and discriminatory populist wave currently dominating Austrian politics. It is highly regrettable that Austrian politicians are trying to take political advantage of these worrying events, instead of fighting Islamophobia, xenophobia and the rise of the extremist right. This decision is incompatible with universal principles and laws, minority rights and the European Convention on Human Rights to which we are all bound.

The permanent pressure that is exerted on the Muslim community since years, the complete loss of any respect for the Muslim self-organization, the discriminatory treatment as compared with other religious communities on the basis of an unlawful Islamic law with reference to an alleged notional danger, as well as the permanent breach of the constitution without any public outcry will not remain without consequences. These policies negate the Austrian constitution and the liberal social order.

On the other hand, embracing of such a discriminatory and populist approach under the direction of politicians devoid of experience and common sense is an alarming development that heralds a negative trend concerning the rise of Islamophobia and racism in Europe. It is also unfortunate for the EU that Austria being governed by the current coalition will soon assume the Presidency of the Council of the EU. This approach is not only in contradiction with the efforts to normalize the relations between our countries; undoubtedly this will alienate Austrian Muslims and definitely not contribute to the integration efforts of the Turkish community in Austria. Policies like this only serve for further discrimination and the criminalization of Muslims.

It should be especially pointed out that none of the mosques that are linked with the Turkish Islamic Union or the religious officials working there were subject to a criminal investigation since 40 years. Indeed, they did an important job, especially in supporting the integration of Muslims living in Austria. Apparently, the Austrian government aims to avoid that the country stays as the homeland of Austrian Muslims, also in the upcoming future. As a result thereof, I hereby would like to call upon all the people here in this room to raise their protest against these discriminatory policies! Thank you.