I welcome the restitution of a plot of Mor Gabriel Monastery 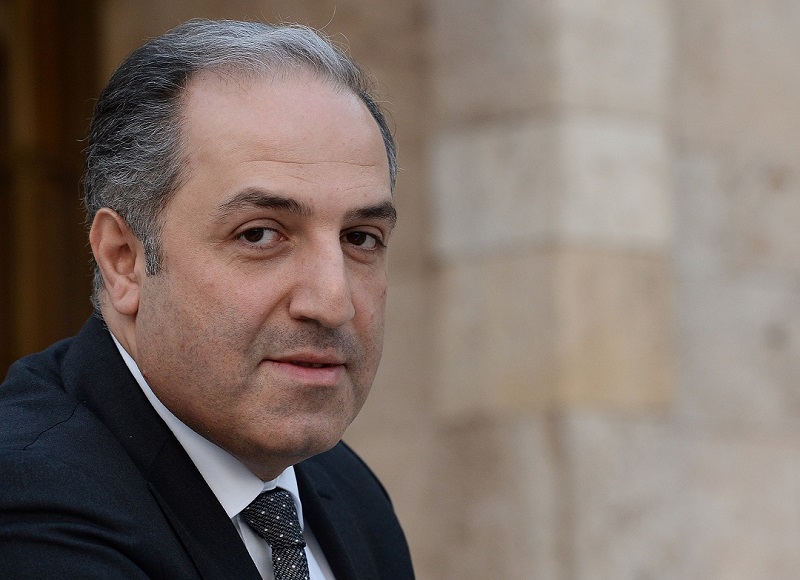 Mustafa Yeneroğlu, Member of Turkish Parliament and the Chairman of the Parliament’s Human Rights Investigation Committee, commented on the restitution of property rights on the Syriac Orhodox Monastery Mor Gabriel to the Aramaen community in Turkey. Yeneroğlu stated: ‘‘I welcome the restitution of the cemetery to the Aramean community in Turkey. I also observe in wonderment that this pleasant news was not even worth to be announced marginally in the international media, whereas we have seen before that the mistaken expropriation was extensively disseminated in the news. He further added:

’’After it was now assessed that the expropriation was mistakenly administered, it was decided that the restitution of the property rights to the Christian community will take place as soon as possible. I am glad to hear such news. The juridical expropriation, which was de facto not enforced, should have never been effected in the first place. Thus, justice in favour of the Aramean minority in Turkey will be restored. All parties involved were aware of the fact that the conveyance, mistaken for expropriation, was falsely administered and the original state had to be restored, as it is henceforth the case.
Since centuries, Turkey counts as a living space and centre for diverse cultures, languages and world ideologies. Turkish people and the Turkish Republic are well aware of this historical heritage and very proud to be home to such diversity. The Justice and Development Party (Ak Parti) government has always strived for the maintenance of this heritage. In support of this dozens of ancient churches and monasteries in Turkey have been restored and re-activated by the state.

However, I observe in wonderment that the restitution of the cemetery to the Mor Gabriel Monastery was not addressed in the international media, whereas the mistaken juridical registration of a plot of the monastery in the Summer of 2017 was extensively disseminated in the news; the feuilleton sections were full of – partly justified – criticism. As a result, the impression that Turkey is only covered in the media when it comes to bad news, is reinforced.

Moreover, the good relations between the Ak Parti government and religious minorities are barely thematised. The Archbishop Aram Ateşyan, General Vicar of the Armenian Patriarch of Turkey, has stated just a few days ago that minorities in Turkey have good reason to be happy since the Ak Parti government came into power and that they have never received state support to this extent before.“

Background: The Syriac Orthodox Monastery Mor Gabriel in the south-eastern province Mardin at the Turkish-Syrian border is one of the oldest monasteries of the world. After its establishment in the year 397, it soon gained importance; in the 6th century already 1.000 local as well as Coptic monks were living there. Nowadays, Mor Gabriel counts as the spiritual centre of Christians living in Turkey. On the basis of an enacted territorial reform immovables, land and cemeteries of the Aramean community were formally transferred to the Turkish Treasury as prescribed by Turkish law. These were then conveyed to the Presidency of Religious Affairs (Diyanet) and subsequently to the Directorate General of Foundations that is responsible for the administration of goods belonging to religious minorities.